Inspired by the trending #DearMe with which Twitter users have been expressing regrets, achievements and hopes for the future, Lizzi Hart takes some time to reflect on her former self...

As a third and final year English Language and Linguistics student, I'm struggling to compute how much of a different person I was back in September 2012. Yet two and a half years later I'm panicking about my dissertation and the future, instead of the location of our communal toaster. I'm not saying I did it all wrong, but being in a position to reflect allows me to forewarn others...

Unlike many I know, I arrived at the University of Sussex equipped with a stable part-time job, as well as some good friends and family in Brighton already. And having lived in Brighton for years beforehand, I also knew the city well. Even though I thought I knew everything (I didn't, and still don't), this meant that I wasn't the typical "fresher". If I could go back now, I would have spent far more time getting to know my house and course-mates. Luckily we've grown closer in the years afterwards, but First Year should really be spent grasping the foundations of your degree and meeting new people.

2. Get involved in as much as possible

Essentially, be a 'Yes (Wo)Man'. To be fair, I did get involved with at least four societies in first term of first year, but I sadly didn't stick at it. Luckily I lived in a large and sociable set of halls of residence, but for those in a small flat, societies are one of the best ways to meet like-minded individuals and contribute towards the running of your Students' Union. I'm still a volunteer for the SU and have been in many capacities over the last three years - consequently I would tell my former self to do it exactly the same way.

3. Take time to learn who you are

Being both the first whiff of freedom from family and your hometown, but still far enough away from heavy responsibility, University is the best place to work yourself out. If you follow step 1 and 2, you'll have plenty of acquaintances to sift through and loads of new and old interests to pursue. Obviously your degree should take priority (for about a year, mine didn't), but with all your spare time, work out what makes you happy. Don't worry if that means that eating beans on toast while watching Peep Show is your favourite past-time. Embrace it. But also do your reading. 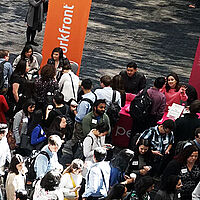 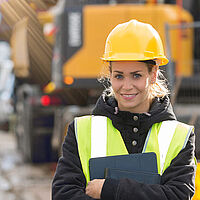 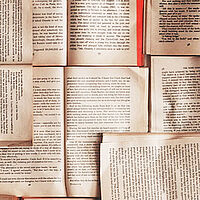